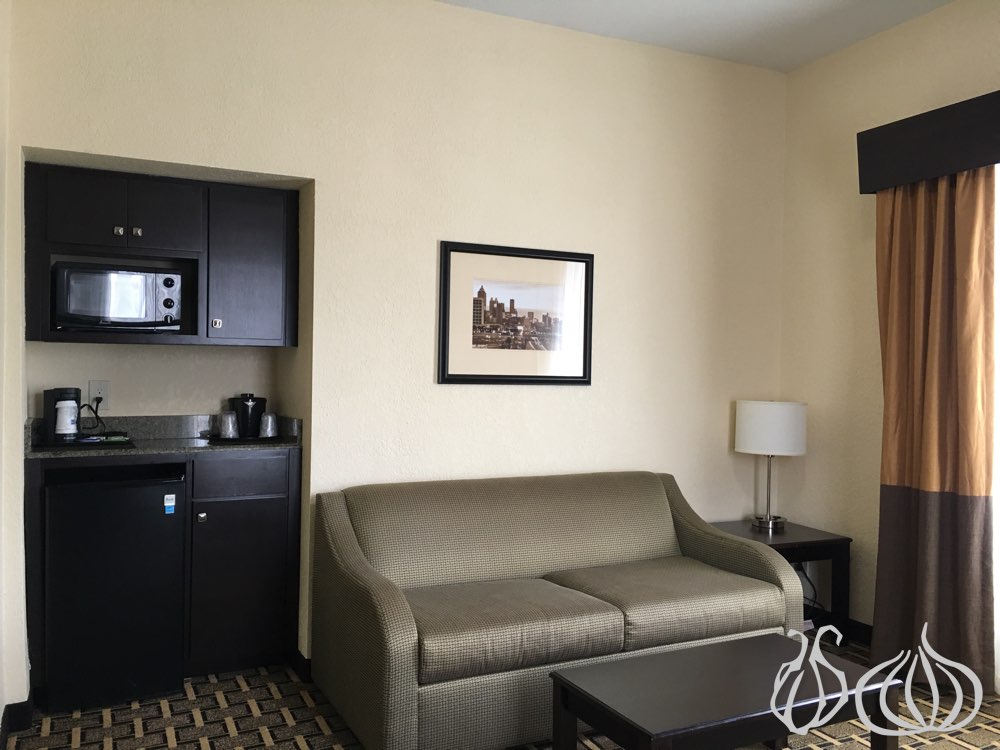 I was happy to book at a hotel that's a few minutes from the most visited attractions in Atlanta. The Coca-Cola World, Aquarium and Georgia Convention Center which made it very easy for me to attend all since I was passing through here for a mere 24 hours... 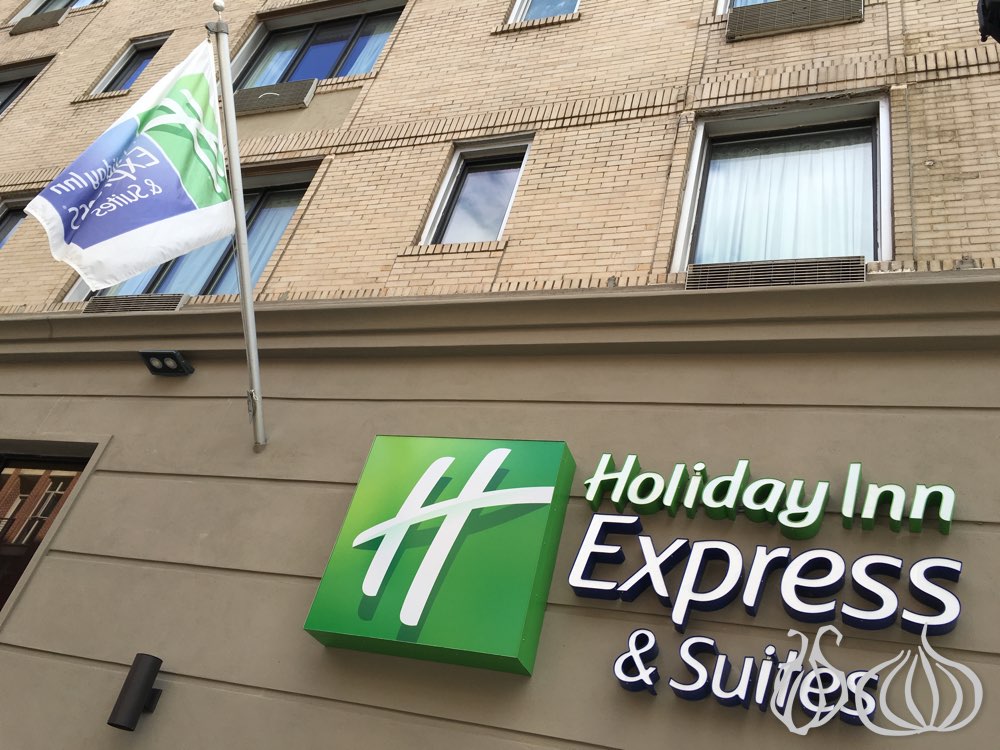 But I was not so confident about the name.

I previously had bad experiences at a Holiday Inn, a hotel I find below IHG standards and wasn't sure what to expect at the one in Atlanta. Arriving at 1pm, I was greeted by a man who helped with the luggage then disappeared. With a broken elbow, I had to take them up to the room myself. At the reception, the lady was welcoming, but the idea of giving me two bottles of water to take up with me to the room seemed bizarre.

Dull, cold, a small lobby, that was exactly what I was scared of. The room, a suite they say, is the coldest room one can imagine. Exactly like the ones I previously experienced in Saudi Arabia, a room with a white light -not warm- a disgusting green everywhere, an empty fridge, a kitchen in the middle of the reception area, a sink in the middle of the room and a small bathroom with its toilet. 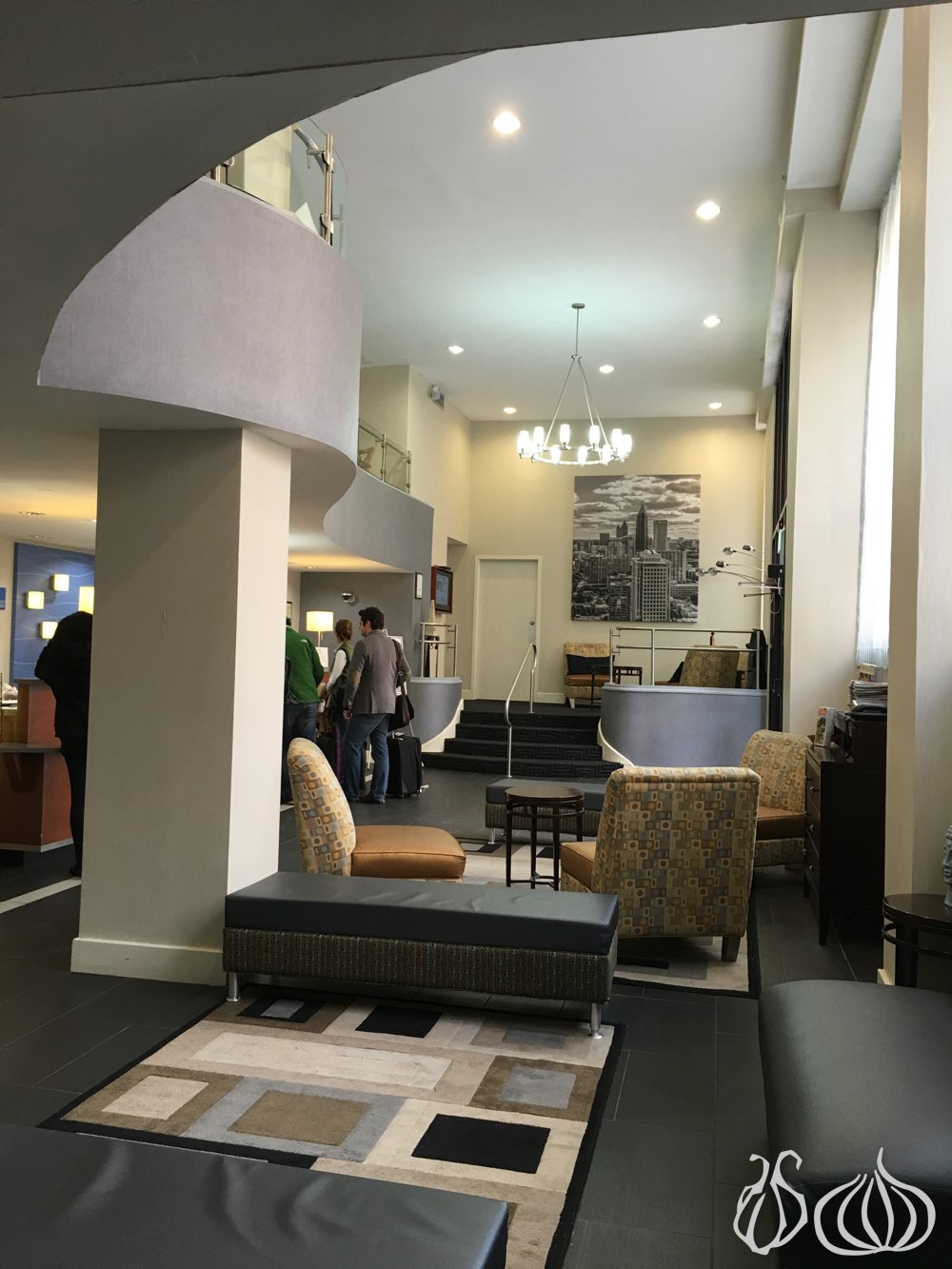 Old green sofas, a green carpet, green painted walls... What a creative designer! Inside the room is an open closest with an ironing board, yes in the middle of my "suite".

Some might like it and maybe the Holiday Inn has its fans, but I'm not one of them. The green logo feels fake and lacks finesse, the hotels are too dull and cold and using the same things all around, like this bath curtain, freaks me out.

Anyway, back to the hotel. A clean room, relaxing bed sheets, a large and relaxing king size bed and a good air conditioning system. Coffee was offered in the room, the bathroom has some amenities and the TV has mostly news and shopping channels. 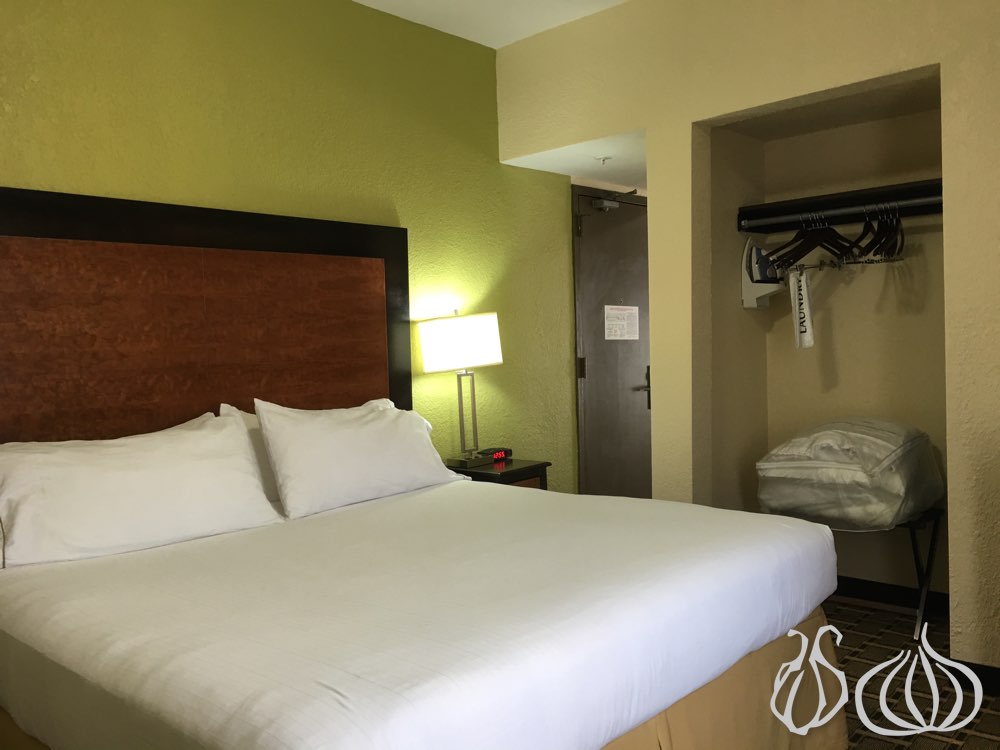 That same night, taking a walk around the neighborhood, I felt a bit scared to say the least, so I decided to have dinner in the room. And to my astonishment, the hotel doesn't have a kitchen; no food, no snacks, no dinner, no mini bar so I had to sleep on an empty stomach.

The next morning, after a long night's sleep, I was so excited for breakfast. Tiny choices of cereals, cinnamon rolls, oatmeal containers and some muffins and bagels. The kind of breakfast where everything is brought from the supermarket; one kind of cheese, Philadelphia in a pack, one kind of jelly, bananas and milk. So I filled up a bowl of cereal, got myself a banana, a cup of coffee and walked to the exhibition center down the block.

Since it's offered free of charge, this breakfast is fine, but don't think of paying for it.

I wasn't impressed and will reconsider my choices next time. 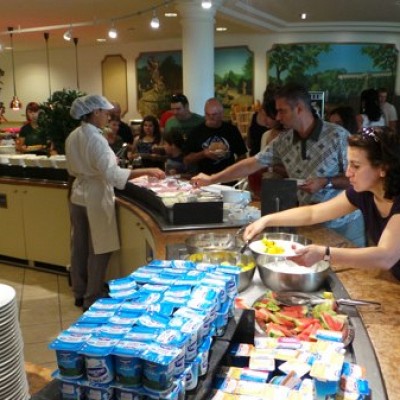 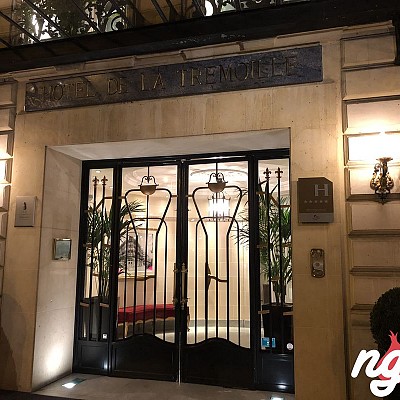 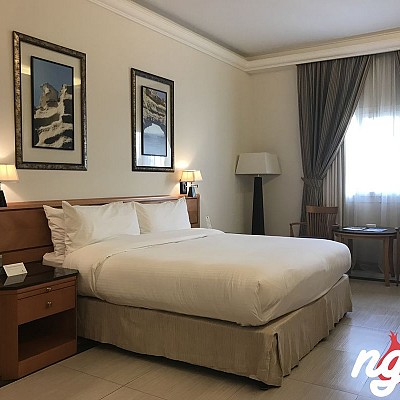 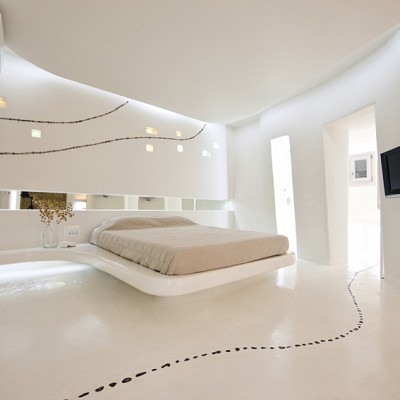 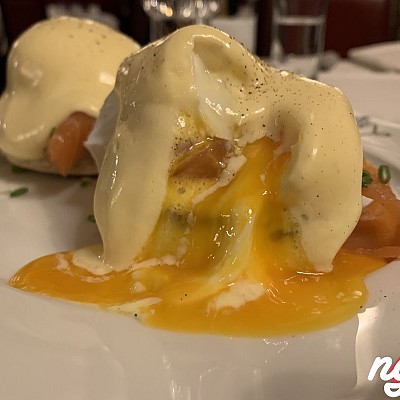 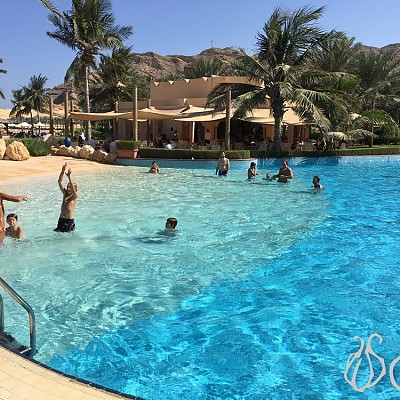