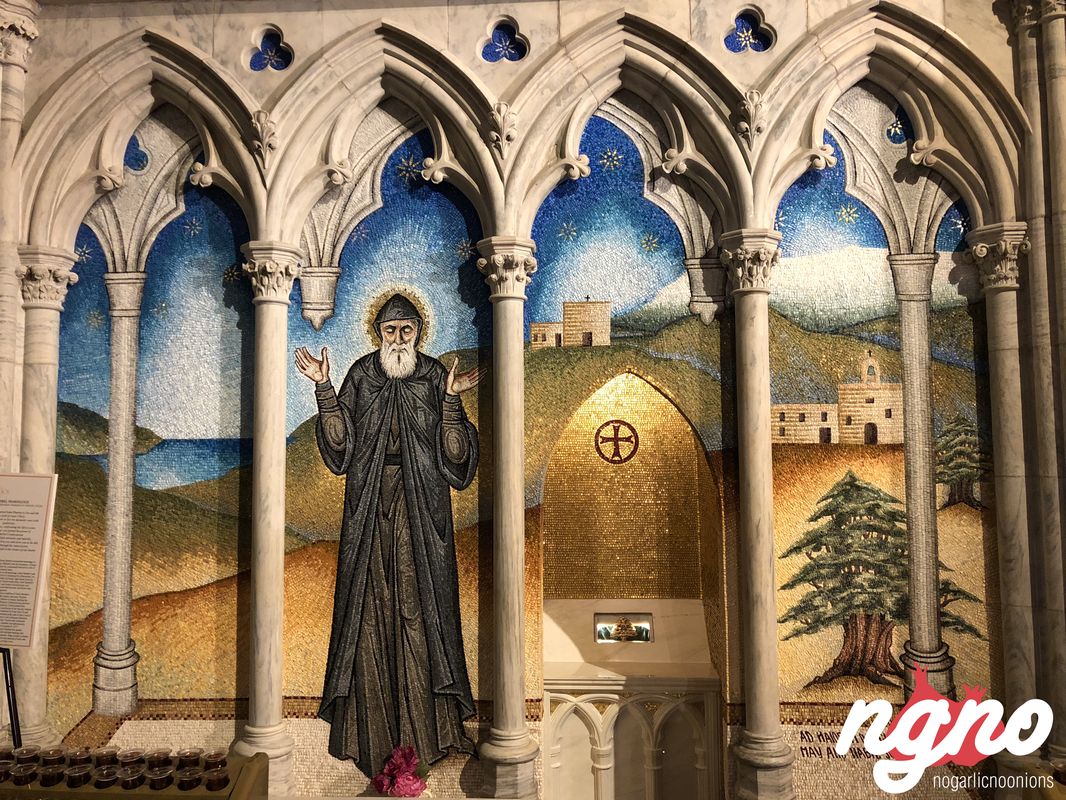 From Lebanon to New York, in the heart of St. Patrick's Cathedral, the city's most famous church, Lebanon has an important spot dedicated for Mar Charbel. The Chapel of Saint Sharbel is situated along the northeastern corridor of the cathedral, near the Lady Chapel, and is accessible by way of the ambulatory, or ramp, on the north side of the Sanctuary. 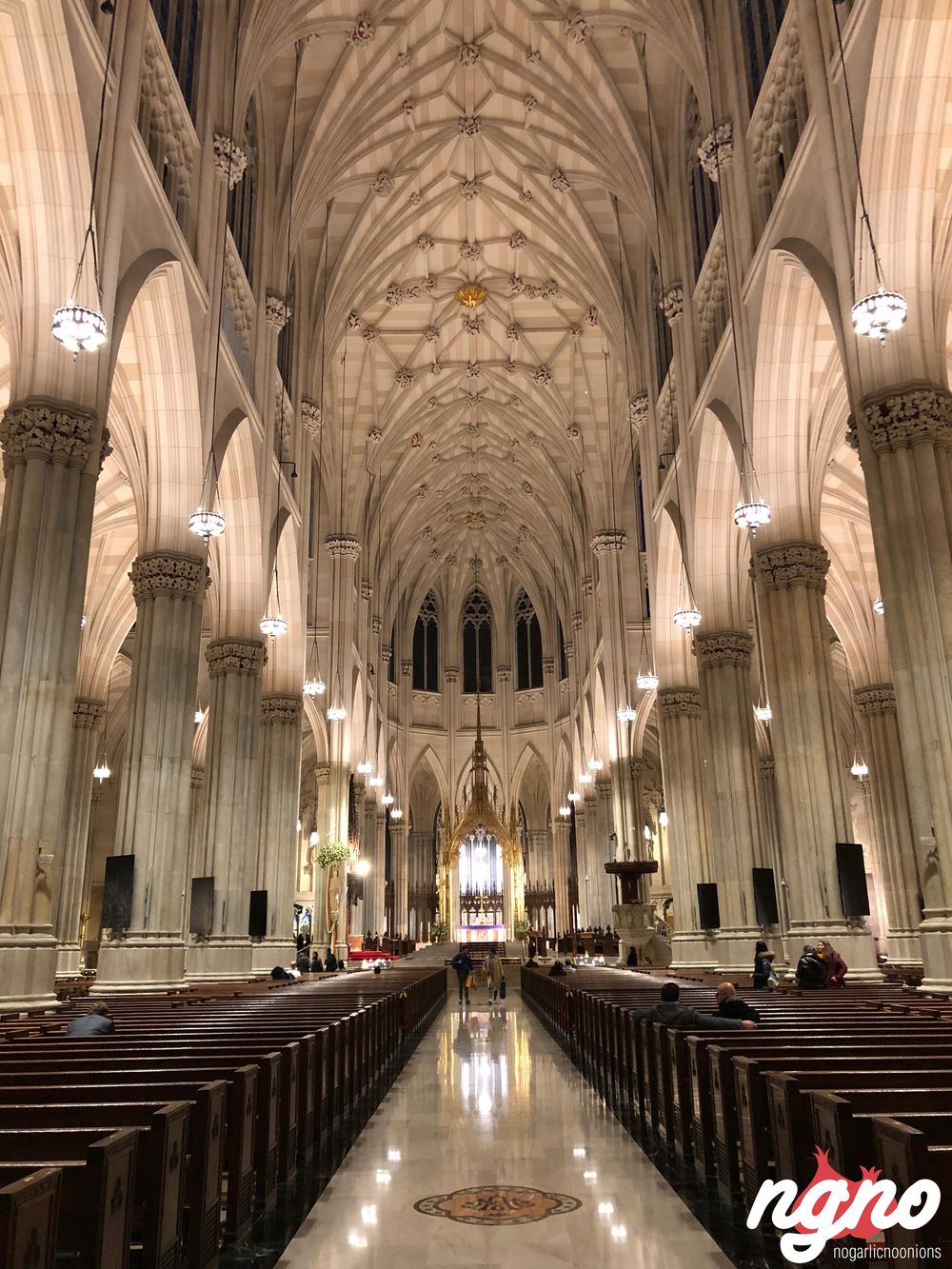 Saint Patrick Cathedral’s most recent chapel honors the Catholic Maronite Saint Sharbel Makhlouf, O.L.M., a monk, and priest from Lebanon whose profound spirituality touched hearts the world over with the Gospel message that interior communion with God is not only possible but the privilege of all Christians. The Chapel of Saint Sharbel consists of a hand-crafted mosaic depicting Saint Sharbel in the mountains of Lebanon, near the Monastery of St. Maron, with a landscape of thriving cedars and crystalline Mediterranean waters denoting a life in the Spirit. At the center of the chapel is a niche with a kneeler and a table displaying first-class relics of Saint Sharbel. This niche opens from the center of the Mosaic, inviting visitors to enter into the reverential silence that this renowned Saint perfected in his remote mountain hermitage; an interior silence that so many people in urban centers seek today. 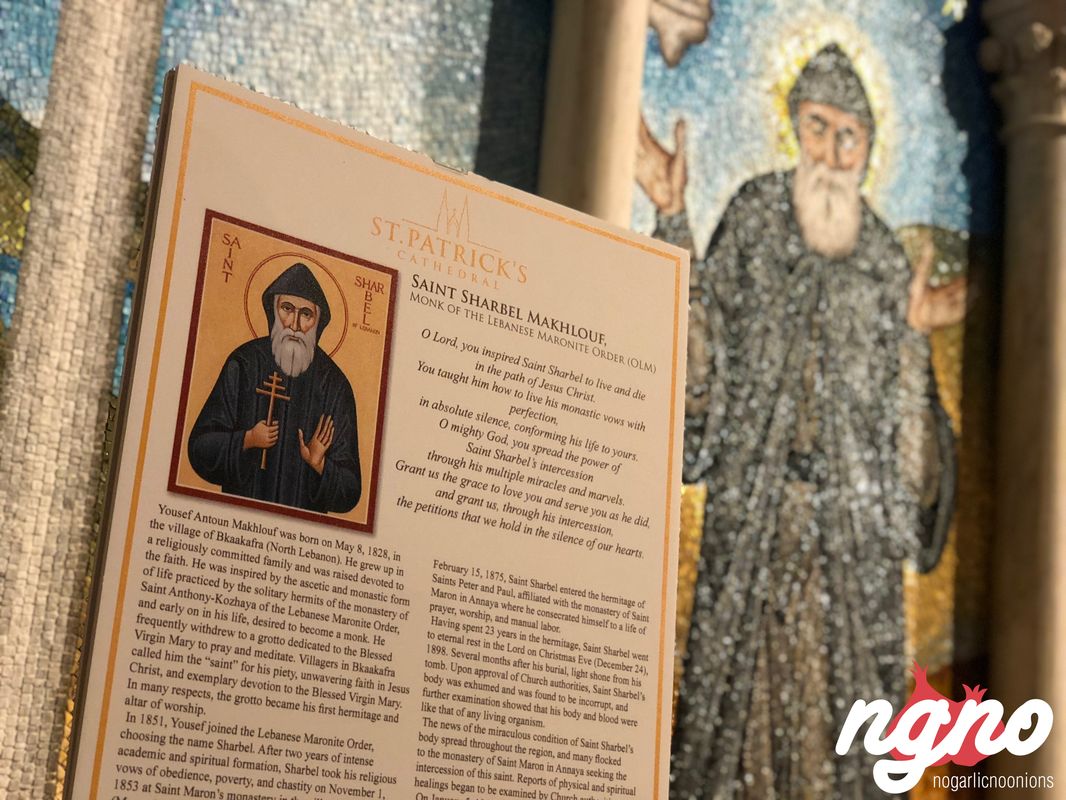 Saint Sharbel is known for his monastic spirituality and miraculous gifts of healing. In addition to his native country of Lebanon, St. Sharbel also inspires devotion among Catholics in Europe, the Middle East, and throughout Latin America. The Chapel of St. Sharbel includes a dedication to May and Nabil Sehnaoui, the parents of Antoun Sehnaoui, whose generosity allowed for the chapel’s construction. All are welcome to join in the inauguration of the Chapel of Saint Sharbel, which stands as an emblem of Christian unity in New York and throughout the world. 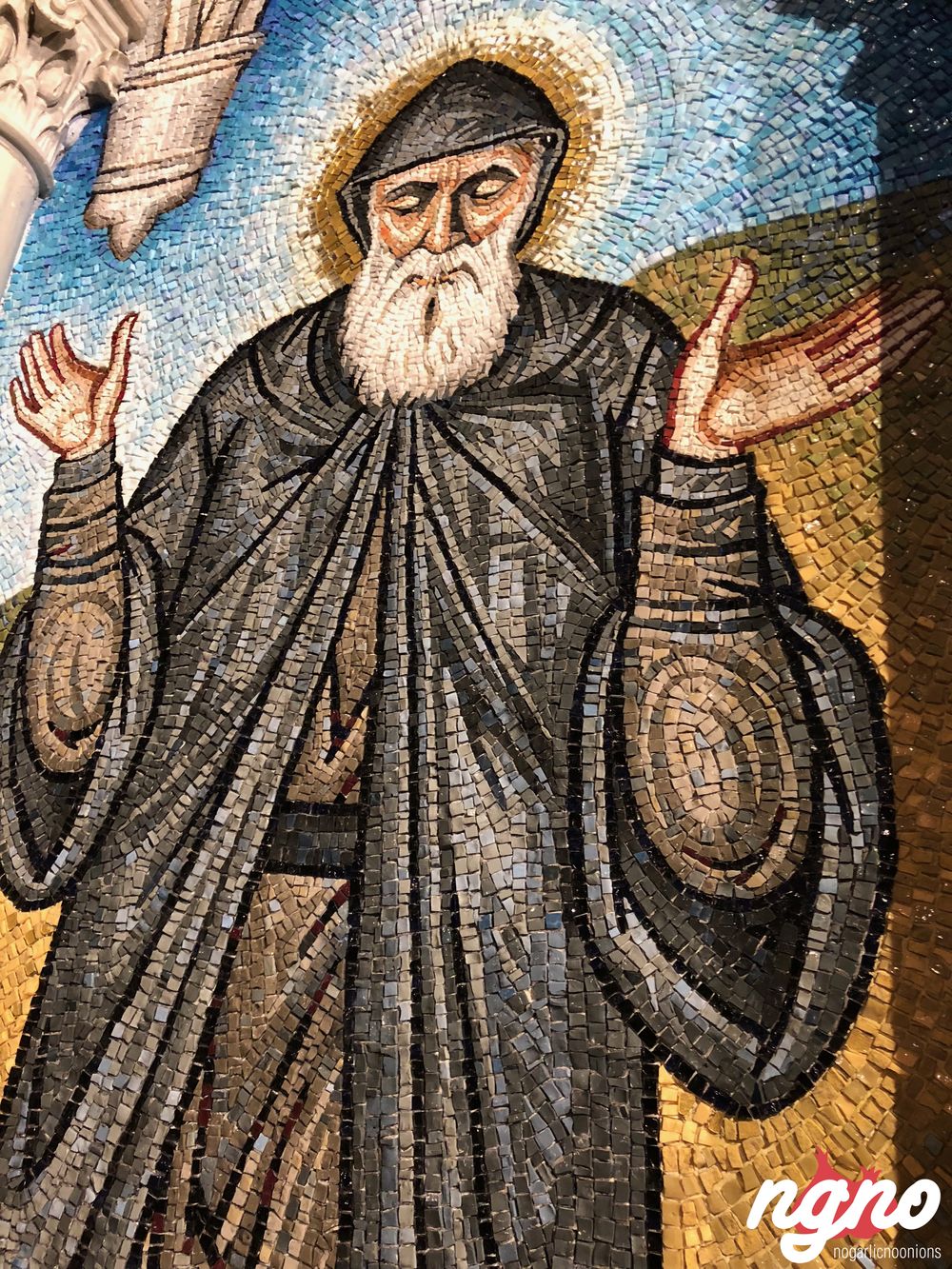 The artistic mosaic sanctuary depicts St. Charbel wrapped in a luminous halo in the Lebanese mountain, near the St. Maron monastery in Annaya, Lebanon, where his tomb is located. The saint is surrounded by flourishing cedars and crystalline waters of the Mediterranean, a symbol of spiritual life. 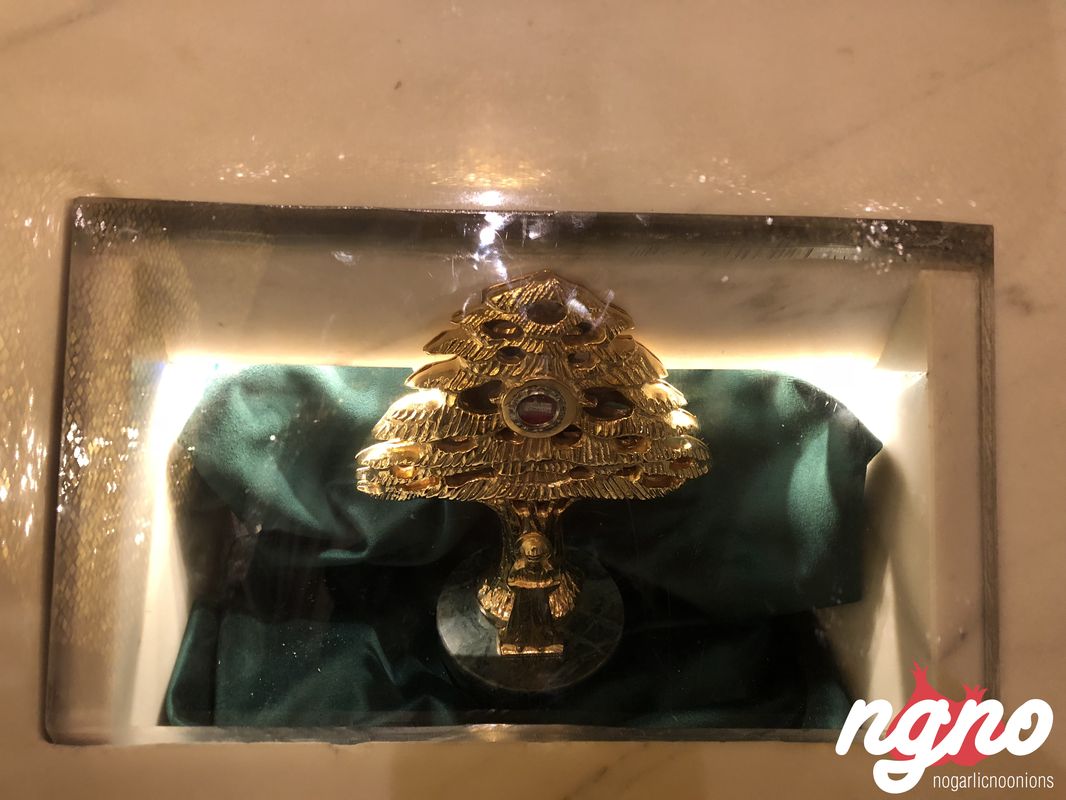 The 19th-century Lebanese Maronite monk had a strong devotion to the Eucharist. He was canonized by Blessed Paul VI in 1977.

St. Maron’s Monastery says it has approximately 26,000 documented miracles attributed to the intercession of St. Charbel, not just in Lebanon but worldwide. It says that, lately, at least 10 percent of recipients of miracles are nonbaptized individuals, including Muslims, Druze, Jews and atheists.

Today is a Great Day: Thank You Mum! 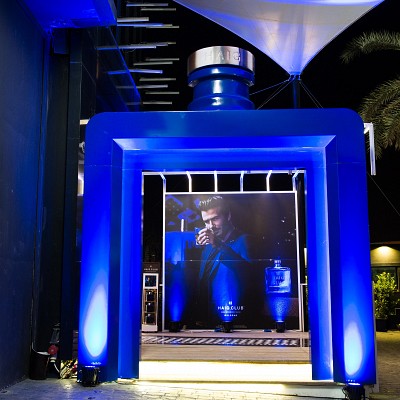 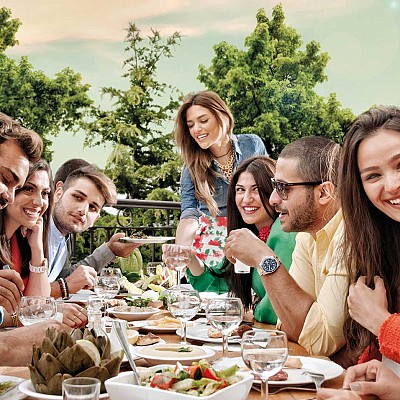 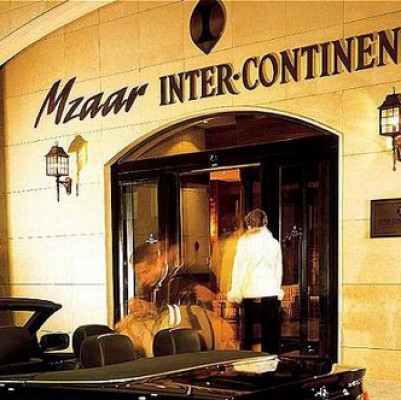 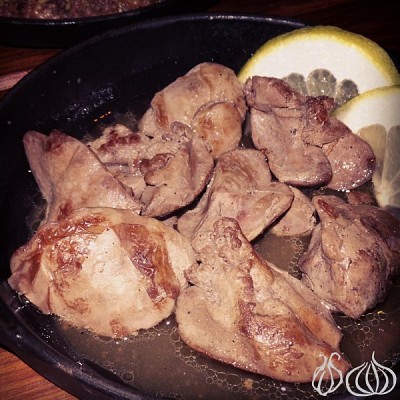 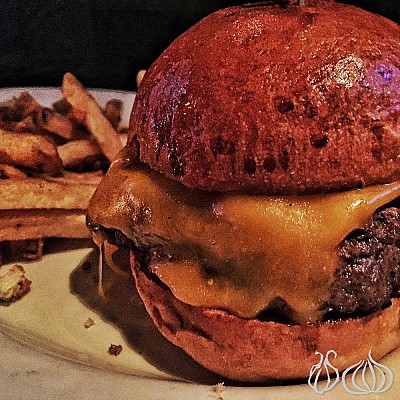 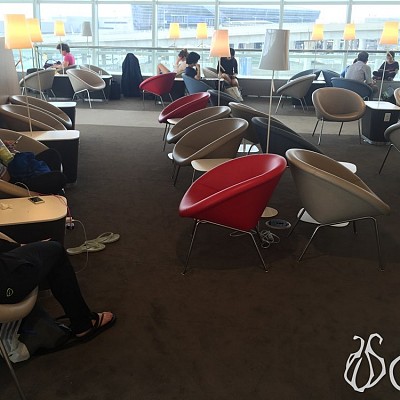