US fast food giant McDonald’s, famed for its beef-based Big Mac burgers, said it will open its first ever vegetarian-only restaurant in the world in India next year. The world’s second-biggest restaurant chain after Subway already tailors its menus to suit local tastes - which in India means no beef to avoid offending Hindus and no pork to cater for Muslim requirements. It will open its first vegetarian outlet in the middle of next year near the Golden Temple,  in Amritsar in northern India, where religious authorities forbid consumption of meat at the shrine. 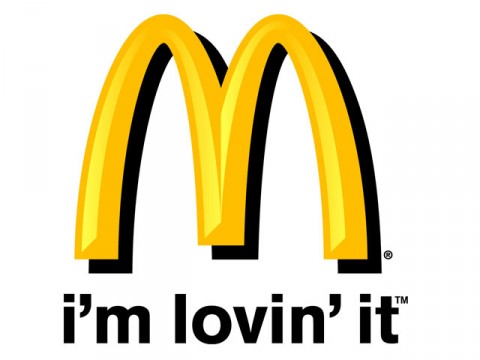 “It will be the first time we have opened a vegetarian restaurant in the world,” a spokesman for McDonald’s in northern India, Rajesh Kumar Maini, told AFP.After the opening in Amritsar, the US chain plans to launch another vegetarian outlet at Katra near the Vaishno Devi cave shrine in Indian Kashmir - a revered Hindu pilgrimage site that draws hundreds of thousands of worshippers a year.It sees the potential for many more vegetarian restaurants across the country. McDonald’s in India already has a menu that is 50 percent vegetarian.Its McAloo Tikki burger at 28 rupees or 50 cents - which uses a spicy fried potato-based patty - is the top seller, accounting for a quarter of total sales. Among the chicken-only meat offerings, the Maharaja Mac is also a favourite.Currently India, with its population of 1.2 billion, is still a “very small market for McDonald’s”, said Maini.“We have just 271 restaurants in India and across the world we have nearly 33,000,” Maini said. The chain serves half a million customers a day in India, out of 50 million people it serves daily in over 100 countries.“When you look at the potential of the country, it’s one of the top priority countries and we’re laying the groundwork for capturing the market,” said Maini.“We plan to nearly double the number of outlets to 500 plus within the next three years,” he said.McDonald’s realised soon after it entered the country that it had to rework its international menu to Indian tastes. “The reasons were very compelling - cow slaughter is not allowed because of religious reasons and we couldn’t do pork either,” Maini explained.Hindus, who account for 80 percent of India’s population, regard cows as sacred. For Muslims, the consumption of pork is prohibited in the Holy Quran.“It was the whole idea of going local and creating flavours that would create acceptance for us,” Maini said. “We had to look at the whole market innovatively and we realised only chicken-based and vegetarian food would work.”McDonald’s is not alone in “Indianising” its offerings. Domino’s Pizza, another leading fast food chain in India, has created pizzas with extra spicy toppings.But growing consumption of food high in fat is spurring concern that India is importing the Western disease of obesity, creating a ticking public health timebomb. The First Pizza to Require an ID! An Alcoholic Pizza Anyone? Ronald McDonald Gets a New Look BURGER & FRIES: Probably The Most Famous Food on Earth