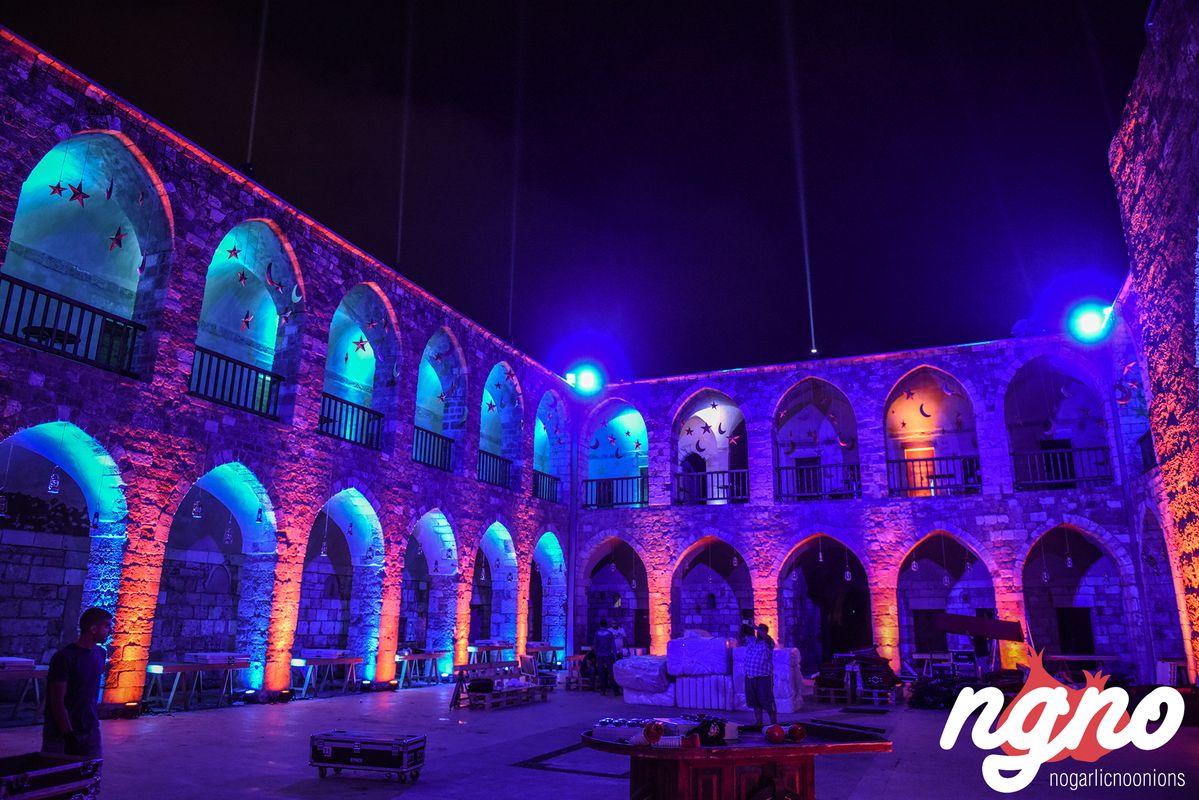 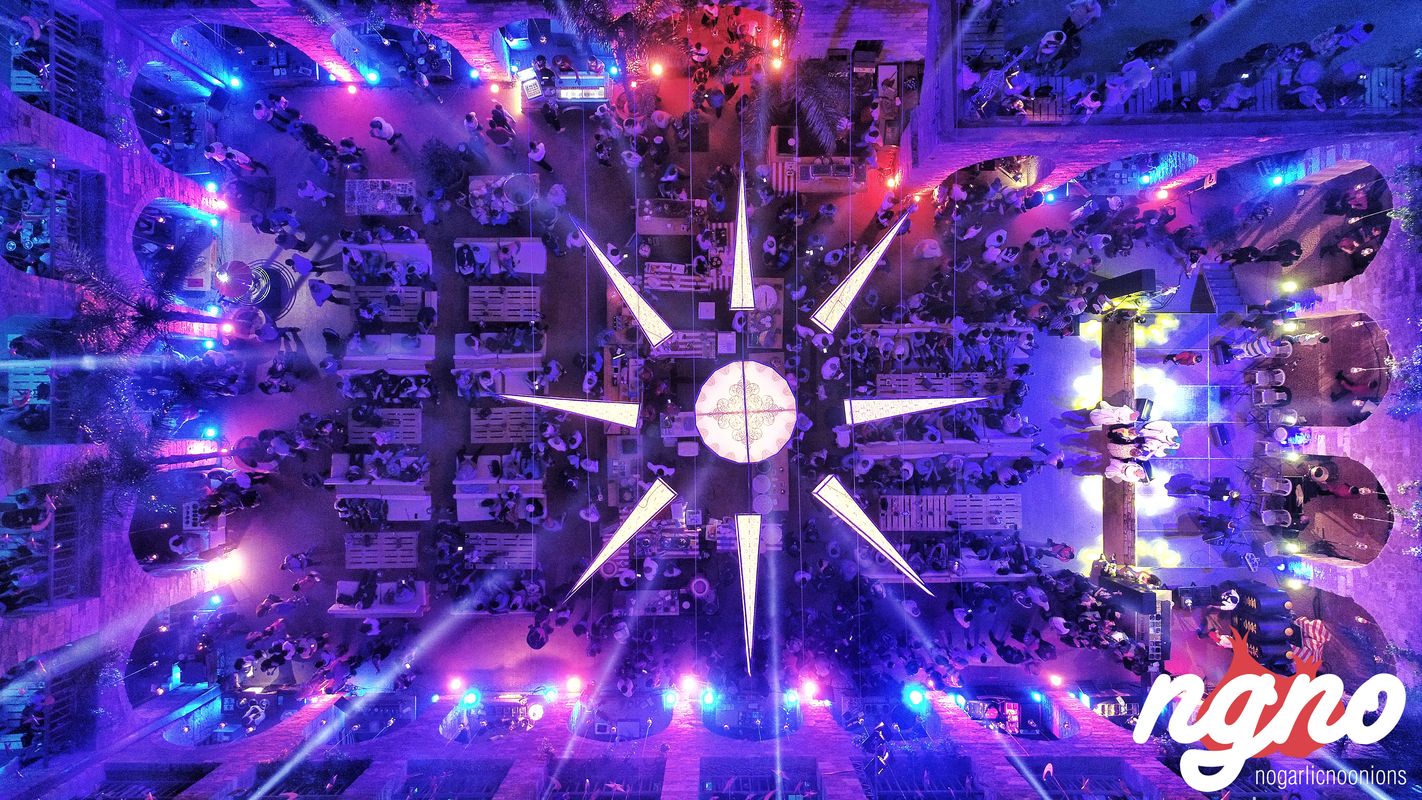 In 1955 Tripoli’s Abu Ali River overflowed, destroying dozens of homes and businesses. Many families were temporarily moved to the Khan al Askar until they could be compensated and relocated. Their stay in the Khan, ended up lasting for more than 50 years.

As of 2005, when the most recent census was conducted, the khan housed 71 families –Approximately 350 people – and had 47 shops in and around it. When the rehabilitation project was launched in 2010 the families living in the Khan moved into their new apartments, a short walk from where many lived for half a century.

The Khan al Askar consists of two rectangular units, which taken together are 100 meters long. They are united by a wide vaulted corridor. The larger unit is about 50 by 25 meters, the smaller unit 40 by 25 meters, and the connecting corridor 10 by 25 meters which, considering the size of the city, is an extraordinarily large scale. The plan shows two adjoining buildings, which follow the same principle of a central courtyard surrounded by rooms below and rooms above set behind a gallery. It is as if the architects, needing a very large number of rooms and storage spaces, simply duplicated the plan of a typical khan, rather than planning a single building of a scale sufficient for their needs. The results were two adjoining khans to serve as one. Rural caravanserais with two courtyards are known in Anatolia, but not urban khans, and in the caravanserais the two courtyards served two different functions. Here we find a doubling up simply to provide the necessary space for a single function.

The plans for both the ground and upper floors show the larger unit to be a typical simple khan with a line of rooms around the court and around the gallery; the smaller unit has large double rooms and a more complicated use of space. Assuming that administrators, officers, and soldiers were all stationed there, the smaller building would have housed the former and the larger building the latter.

Although military and therefore functional in general aspect, the Khan al Askar nonetheless has three decorative elements on its ground floor. An alcove to the right of the entrance to the larger unit is decorated with two engaged braided colonnettes. Braided columns flanking a central element was a popular scheme for the decoration of khans in Aleppo, as, for example, on the facades of Khan Uzdamur, Khan al Sabun, and Khan al Wazir.

Two other decorative elements are set around arches. The first, set on the inner side of the entrance of the connecting vaulted corridor, is a framing band of Tripoli fish scale, with each of the units or "scales" containing a fan-like stylized leaf in both its lower and'upper part. The area between this repeat and the arch above is filled with the same stylized fan-like leaves opening vertically toward the top. 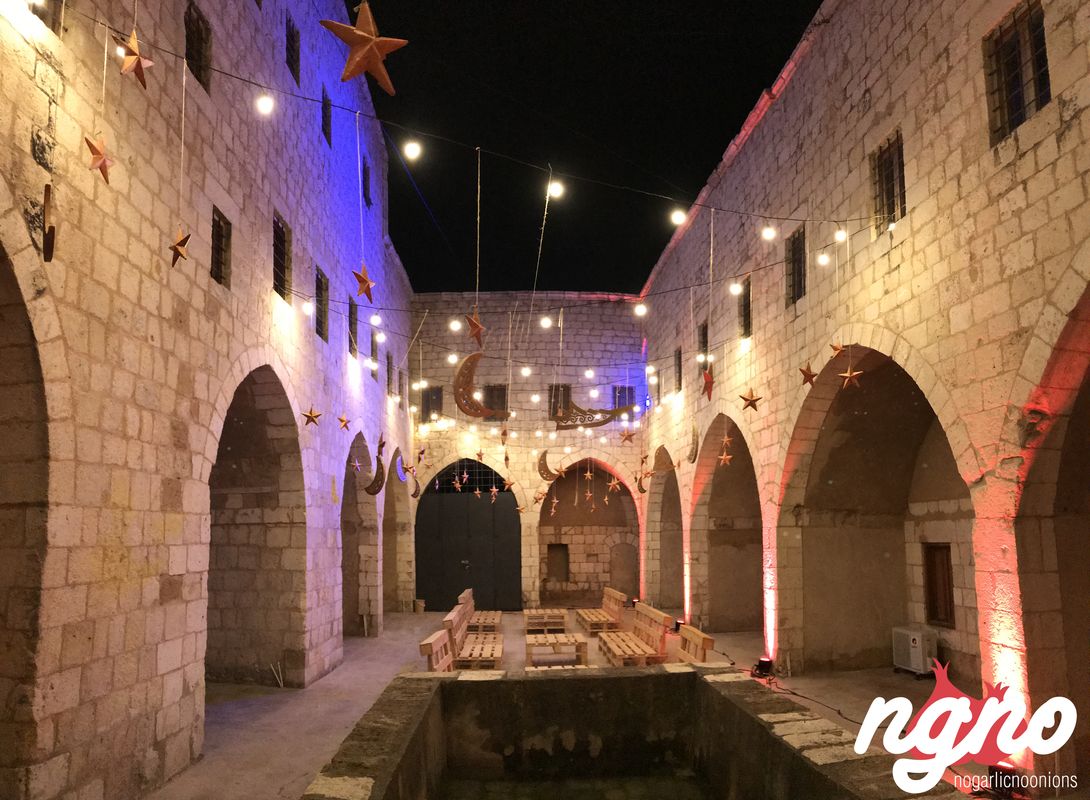 The second decorative band set around an arch is seen on the exterior of the main entrance to the smaller khan. A rectangular gateway is framed by a band of stone molding and encloses an outer arch, also framed by a stone molding and including a repeat (one on each stone) of a stylized, Arabicized fleur-de-lys motif filled with a linear carving following the shape of the flower. The inner arch of this gateway is decorated with the commonplace fish scale. The two main areas of the double Khan al Askar are connected at street level by a vaulted corridor; the smaller unit has its own entrance and appears to be the more official of the two" (Salam 1983 :181-6)

According to Dr. Tadmouri, at the time of its construction was known as Khan el-Hareer (Caravansaray of Silk) or Khan el-Asra (Caravansaray of the Hostages). During the first half of the 18th century, it was restored for use by Ottoman troops. This explains the presence of the Ottoman Tughra (signature) on top of it's eastern gate. The two courtyards making the khan occupies 5200 m2 and are surrounded by two storeys of rooms behind arcaded corridors. It is at present used as a shoping center (Tadmouri, O.) 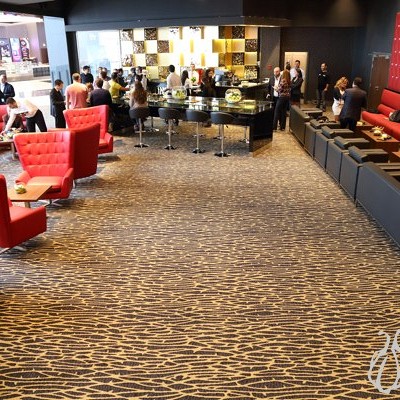 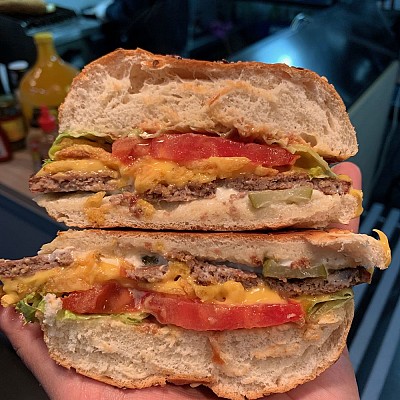 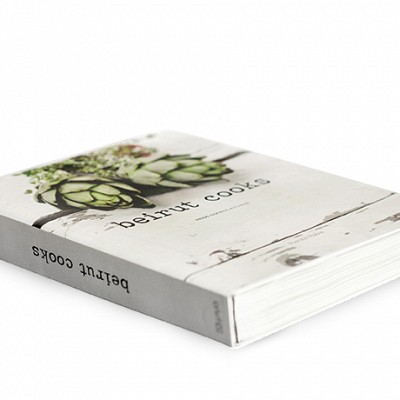 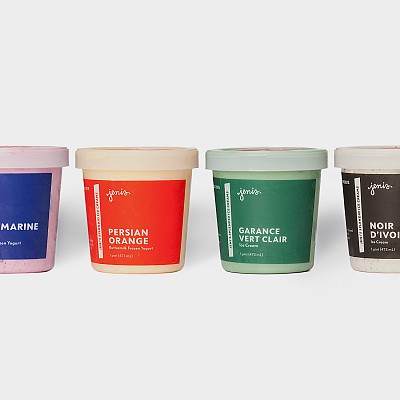 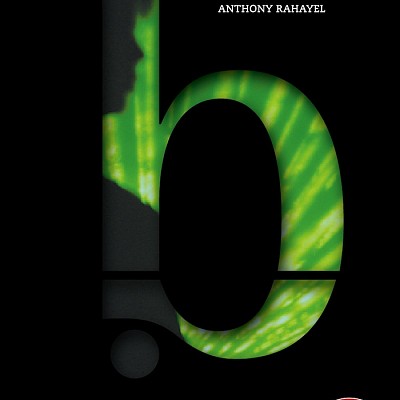 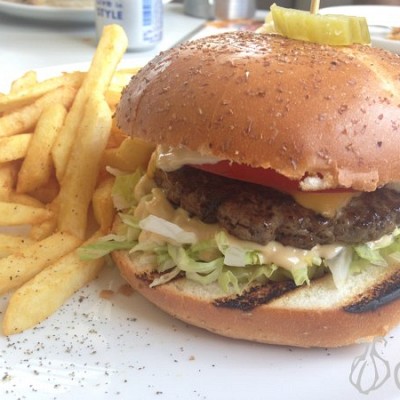