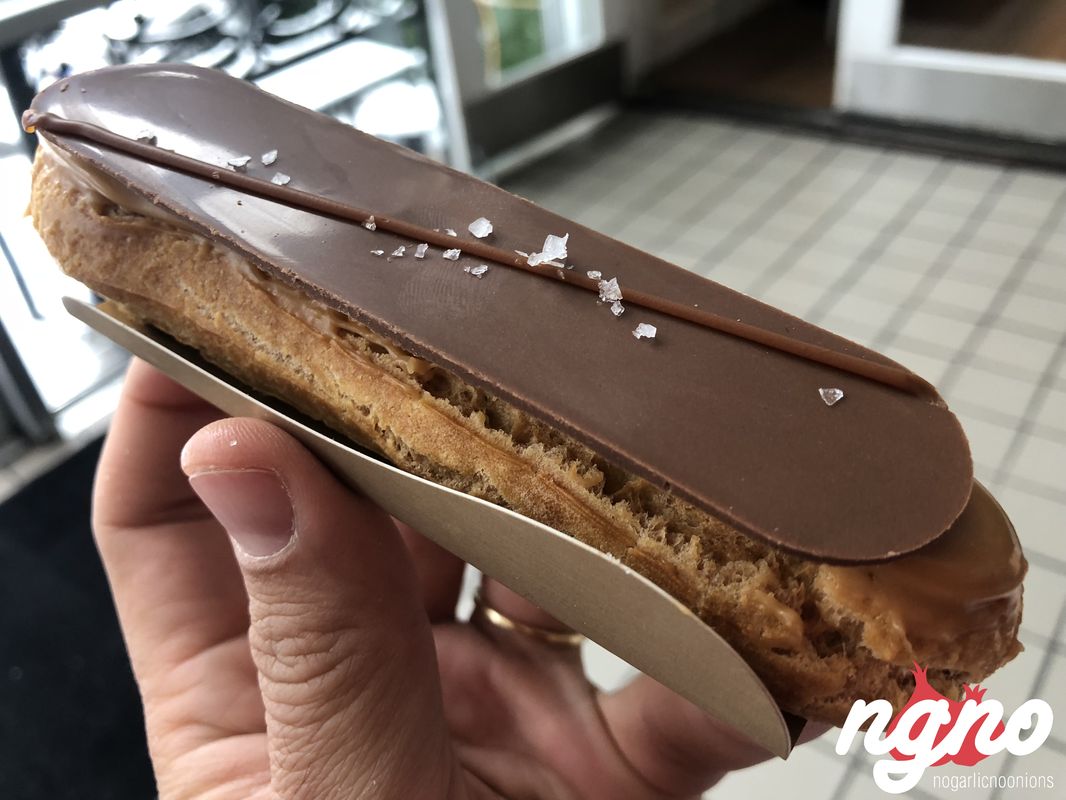 Dominique Ansel: The Once Famous Cronut has Lost its Charm

I’ve been one of the first to try this world famous creation called the “Cronut,” visited Dominique Abdel several times trying every time something new. Dominique Ansel became suddenly famous, and the quality deteriorated; the orgasmic cronut is now chewy and sticky, the hot chocolate flower is unbearably sweet, the croissant feels like a French baguette, the eclair is harder than bread baked the night before and much more. 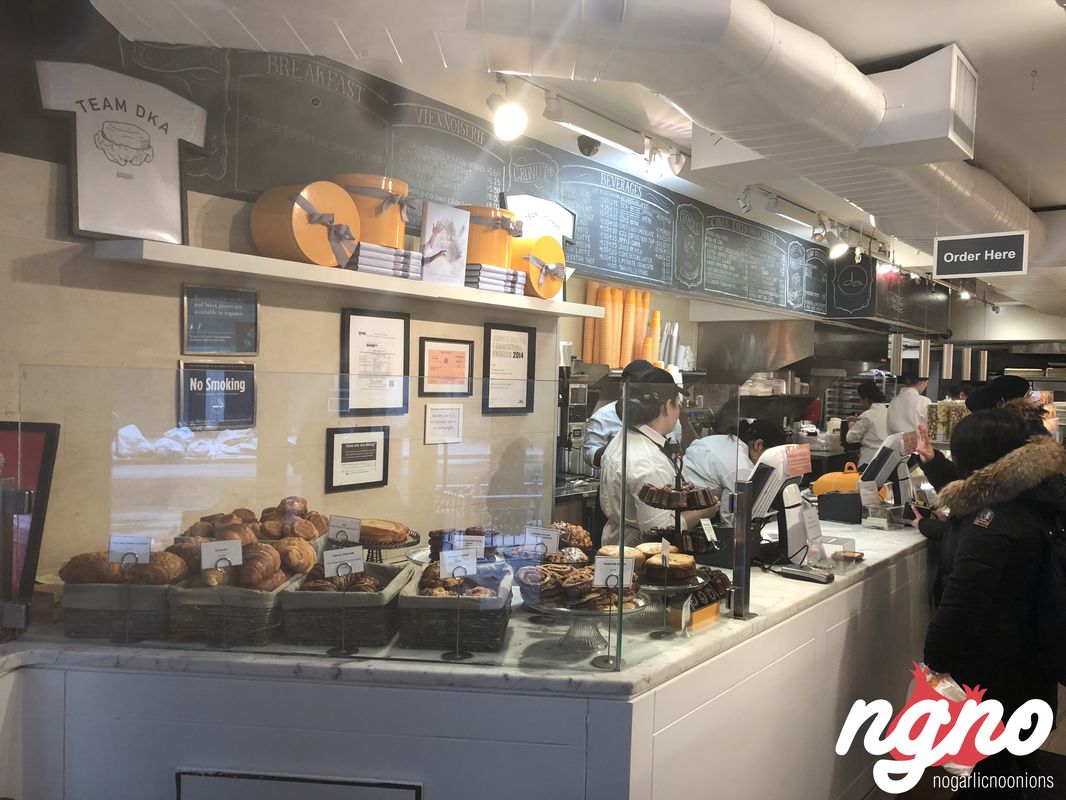 On my last visit, I felt this deception but said to myself; it’s probably the rush. Visiting again for the cronut, I felt the same speed which makes the staff unwelcoming and then came the food. Everything was way too sweet!

Let’s go into the details of things; the cronut is supposed to be airy and flaky, light-bodied and enjoyably tender; I’ve had it several times leaving impressed and amazed. Today’s cronut is hard, very chewy, hard on the outside and sweet on the inside. 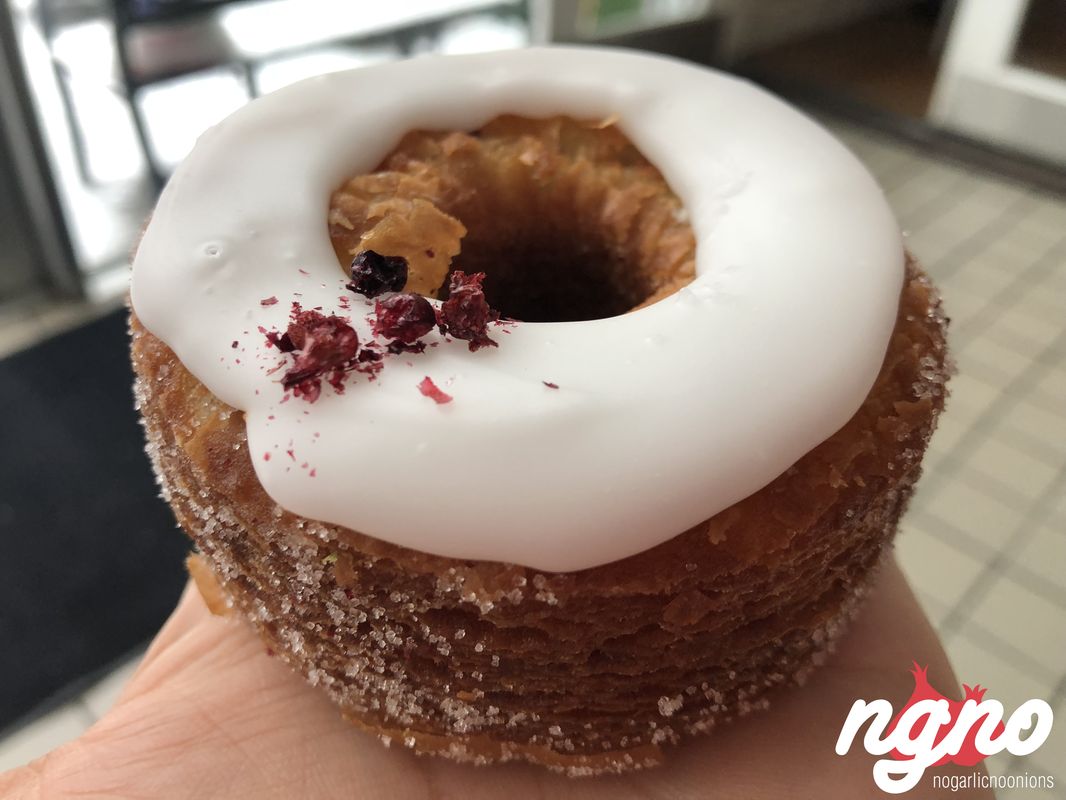 The eclair has nothing to do with a real French eclair; a thick bread envelop that’s unpleasantly chewy while the real eclair needs to be light and soft. 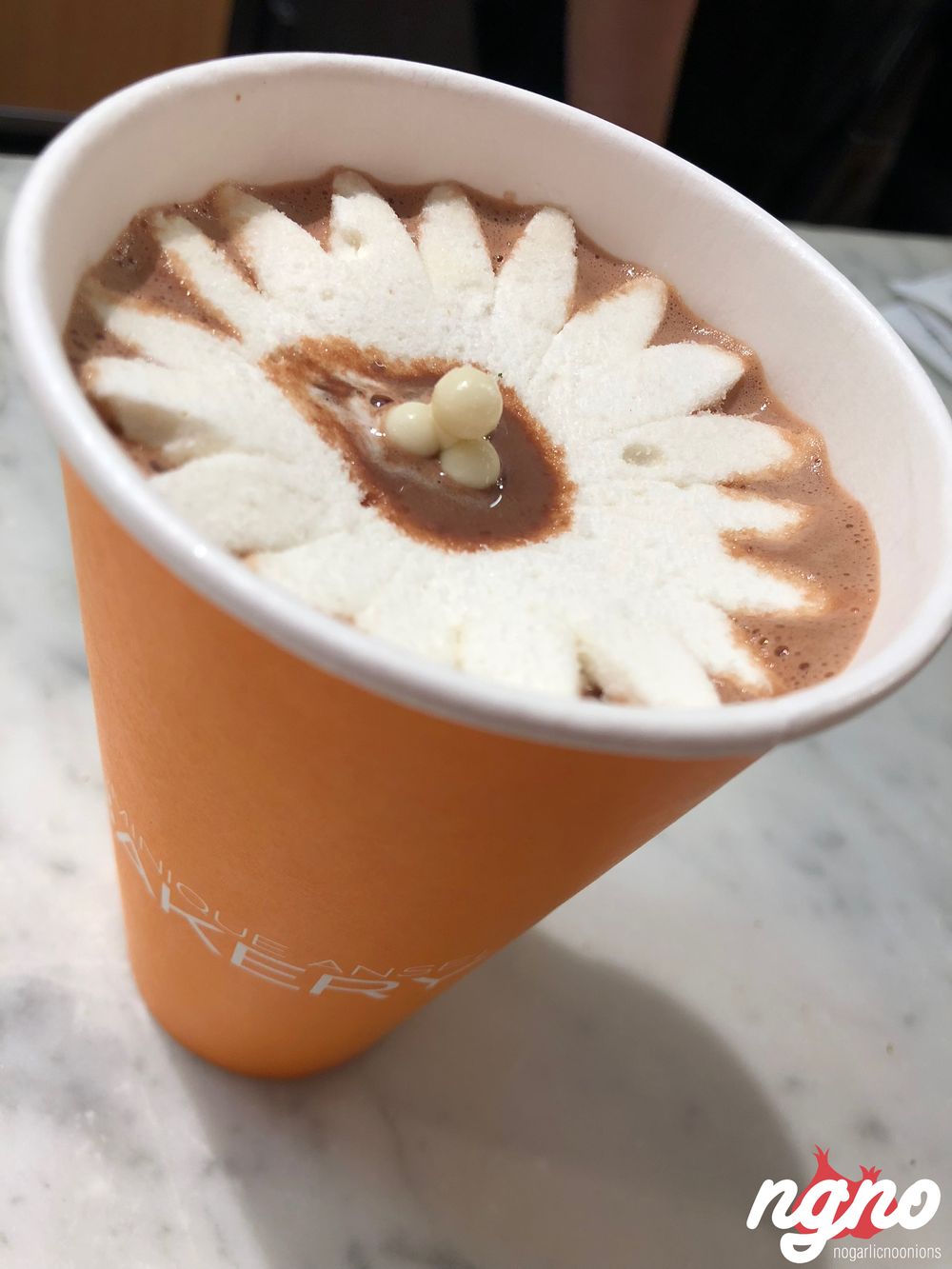 The marshmallow flower is more for the show and then throw it away. Way too sweet! I couldn’t drink it. Check the croissant photo; it speaks for itself, hard, chewy bread lacking flakiness and softness; a heavy-duty American style croissant French people wouldn’t eat.

Today’s special is the chestnut cream with cassis rose bavarois with salted butter biscuit and vanilla ganache meringue. Not bad but I had better with more taste and less sugar. 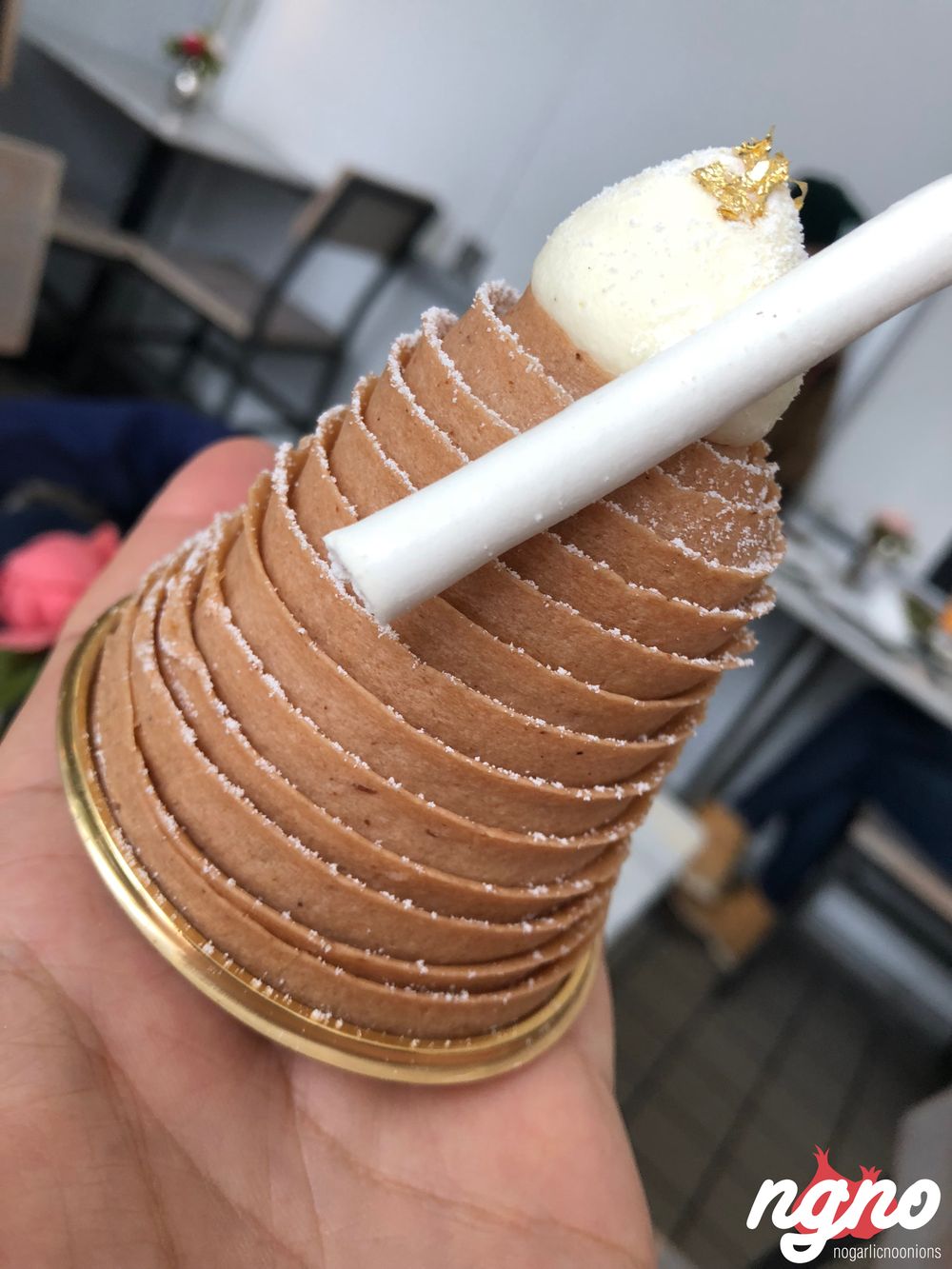 Dominique Ansel was famous once until one person turned his atelier into a factory; I’ve had a better cronut in Beirut, hundreds of better eclairs around the world and I would not recommend you order coffee here. The trend has died. 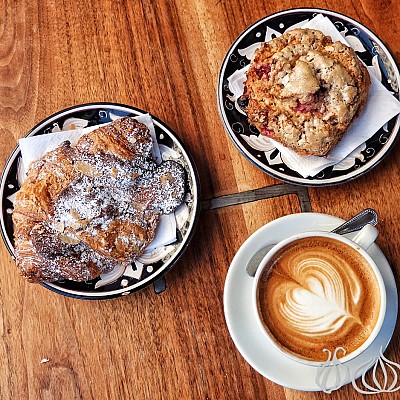 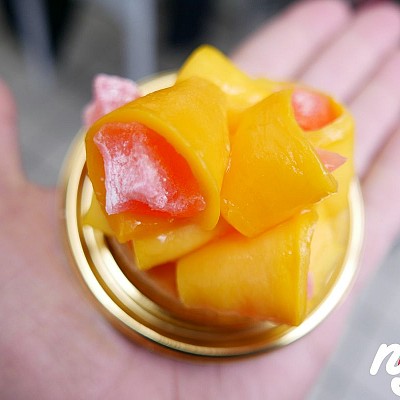 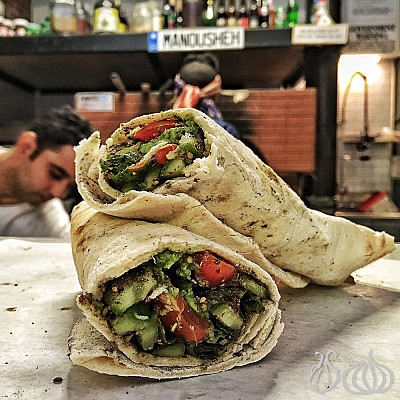 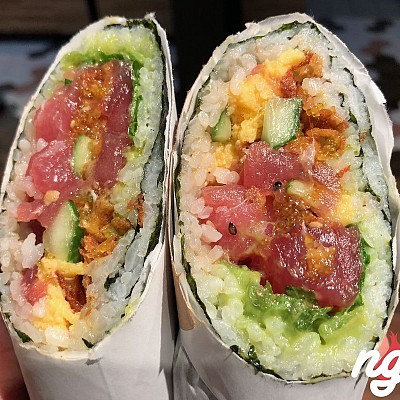 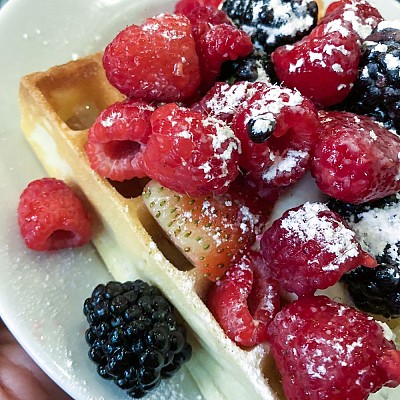 Buvette: New York’s Preferred Breakfast is on Top of the List 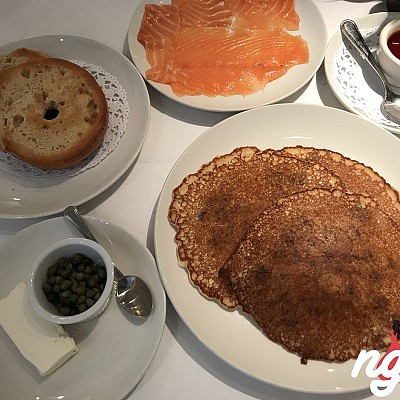 Michael's New York: Overrated, Expensive and Not Worth Trying